A teenager (Chloë Grace Moretz) is sent to a gay conversion centre after she’s caught with another girl (Quinn Shephard) in The Miseducation of Cameron Post, or Girl on Girl Interrupted. 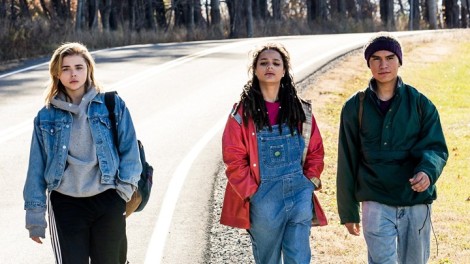 Based on Emily M. Danforth’s YA novel, the drama offers a glimpse into a gay conversion clinic (a weird cross between a summer camp and the Manson Family) but fails to make much of an impact because the dramatic stakes seem so low. A far cry from Spike Lee’s confrontational BlacKkKlansman, Desiree Akhavan’s approach is tender and quiet; ultimately too quiet (the opposite problem to A Quiet Place which really needed to shut up).

Rather than politics, Akhavan’s focus is on the characters’ friendships, but these too feel underdeveloped. Sasha Lane (American Honey), Forrest Goodluck (The Revenant) and even Chloë Grace Moretz are underused, as Cameron is passive for most of the movie (save for one welcome musical outburst). Like so many indie films it’s mostly spent waiting for something to happen.

Although sensitively done (with a nice line in mumbled sarcasm), the film’s message is almost as muted as its colours. It’s cute rather than angry, and that feels like the miscalculation of Cameron Post.