Spike Lee parks his tanks on the lawn of 1600 Pennsylvania Avenue in this adaptation of the remarkable true story of Ron Stallworth (John David Washington), the first black detective in Colorado Springs, who successfully infiltrated the KKK, getting as far as Grand Wizard and Trump supporter David Duke (Topher Grace).

While the film may be set 30 years ago, it’s undoubtedly about modern America, largely managing to draw parallels without taking us out of 1979.

It opens with Alec Baldwin, renowned for his Trump impersonation, portraying another far-right mouthpiece in a pro-confederacy promotional video. With klansmen chanting ‘America first’ as Nixon posters loiter in the background, it’s clear which party Lee believes has its hands dirty (not least since Nixon had been removed from office five years earlier).

On occasion Lee has allowed his message to crowd out other aspects of a film, but BlacKkKlansman is a masterclass in fusing politics with all-round superb film-making. Indeed, if you were to remove its strong political elements you’d still be left with a riveting undercover cop thriller of the calibre of Donnie Brasco or The Departed.

No-one is more aware of the power of film than Lee, using footage from 1915’s The Birth of a Nation, which is watched by the Klan as they prepare to commit murder, as well as references to Pam Grier and the blaxploitation genre, as a self-conscious demonstration of how cinematic representations of black lives have moved on. 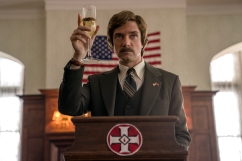 There have been a number of high profile films in recent years which have tackled America’s racist history head on. But unlike 12 Years a Slave or 2016’s The Birth of a Nation it doesn’t opt for graphic scenes of lynching and torture to make its point.

Instead it manages to maintain a remarkably light, if often tense tone, thanks to a funny and ingenious screenplay. But on the flip side, unlike other recent representations of the KKK in Django Unchained and South Park, Lee doesn’t seek to disarm them by making them the comedy fools. They may not be the smartest group of people, but Lee is clear that they remain an enduring threat to decent America.

Story-wise it bears certain obvious similarities to Mississippi Burning, but corrects that film’s single biggest failing by giving equal billing to black voices. This is thanks to its lead character, superbly played by the relatively unknown Washington, and his involvement with the local black rights movement, led by Patrice Dumas (Laura Harrier). Also deserving of a mention is Adam Driver as the unfortunate Jewish cop chosen to attend KKK meetings in Stallworth’s place.

The resulting film is an astute dissection of American racism; a hard-hitting political thriller without graphic violence and a tense, gripping police movie. All this not only earns it a place on the list of Lee’s finest work (alongside Do the Right Thing and Get on the Bus), but also among the finest cinematic offerings of the year so far. 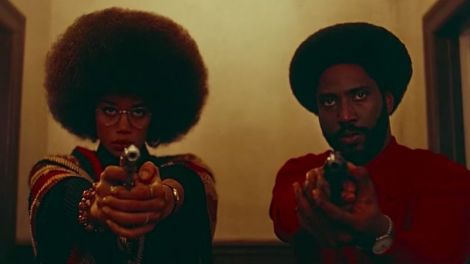