Legendary Watergate reporter Bob Woodward is the latest to lift the lid on the inner workings of one of the most controversial governments in US history in Fear: Trump in the White House. 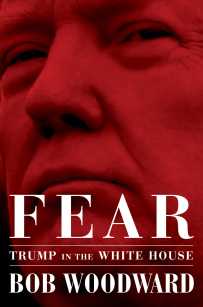 The book is broader in scope than Michael Wolff’s Fire and Fury, which focused on the first six months of the Trump presidency. Woodward begins in the final months of the 2016 election campaign and takes us right through the first year of the administration to the early months of 2018.

He makes a conscious and admirable effort to keep the focus on policy, rather than dumping a Wolffian bucket of sludge on the President. He seeks to show in depth how decisions were arrived at in absence of a conventional Presidential guiding hand, something most insider accounts have neglected.

He quotes detailed conversations between White House advisors, provides significant amounts of background on policy going back to past administrations, and sets out the issues clearly. So-much-so it also serves as a quick guide to US foreign and economic policy.

As a result of this focus, there are fewer gossipy details about the President eating hamburgers in bed or paper in the Oval office. While the quotes that have made headlines are inevitably those about senior advisers’ presidential frustrations, or Trump’s lawyers clamouring to protect him in the Special Counsel investigation, it’s actually an incredibly fair book with a focus on the facts. 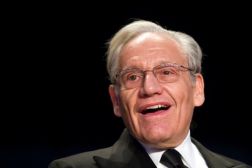 In many cases it’s clear that the narrative has come mainly from one or two key people (although, I’m sure, corroborated) which can make it seem like you’re getting one person’s version of events, particularly where people who have left the administration are obviously trying to paint themselves in a positive light. As in Wolff’s book, Steve Bannon is a key figure, but with the endless stream of staff departures since, there’s no shortage of ex-officials to have their say.

While it certainly addresses Trump’s failings, Woodward is at pains to be fair, even giving Trump the benefit of the doubt unduly at times. This is perhaps because he understands that he doesn’t need to exaggerate, and risk calling into question the legitimacy of his account, to make his case. 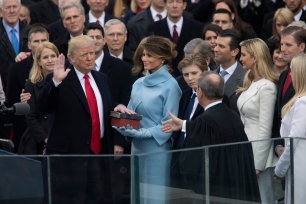 He’s also not afraid to present Trump’s actions in a positive light on occasion – such as his paying tribute to the family of a recently killed soldier during a congressional address – or identify where Trump’s failure to deal with an issue, such as the war in Afghanistan, is not substantially different from the dilemmas and inaction of previous administrations.

Woodward chooses his words carefully, even if he’s subtly scathing at times, including of former FBI director James Comey, on whom he offers a more critical perspective than that set out in his memoir A Higher Loyalty.

But in spite of his fair reporting, Woodward undoubtedly paints a picture of a disengaged Commander-in-Chief who takes important decisions on the fly, without proper consultation. He depicts the President as self-absorbed, narcissistic, and above all, dishonest. And it’s this overriding picture which will, for many, be a source of true fear.

One response to “Fear: Trump in the White House”