1984 may not have been a fun year for Winston Smith, but fans of creature comedies got Ghostbusters and Gremlins out of it – and a few years later, a pair of slimy sequels. 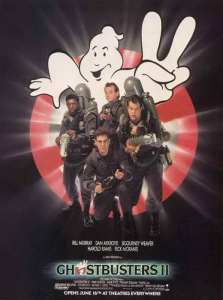 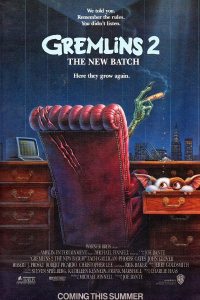 Both set in New York, Ghostbusters II (1989) and Gremlins 2: The New Batch (1990) represent different approaches to making a sequel. The former opts for a ‘more of the same’ mentality; the Ghostbusters face another evil spirit and essentially do the first film again. The only difference is that Dana (Sigourney Weaver) is now a mother, and let’s face it the introduction of a baby has never improved anything. 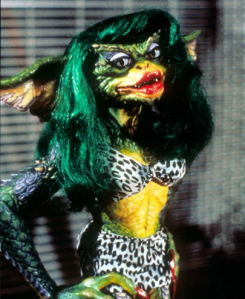 Conversely, Gremlins 2 marks a postmodern change of course for the series. As though succumbing to entropy Joe Dante abandons the notion of plot and just has the gremlins run riot in a Trump Tower-style high-rise, satirising and subverting every facet of pop culture – itself included. Ivan Reitman’s picture also shows flickers of self-awareness (the Ghostbusters sing the theme song and use the Ghostbusters II logo) but has no interest in subversion, hence the plot repetition. 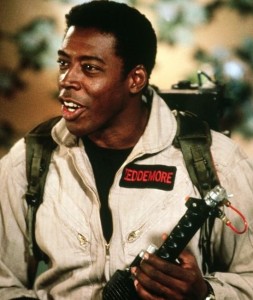 Fortunately Bill Murray’s sly comic brilliance injects some fun into the rehashed storyline, whereas the absence of plot in The New Batch means the Gremlins’ anarchic antics wear thin. By pulling the small-town It’s a Wonderful Life setting from under our feet, Dante’s deliberately spiky sequel lacks the magic of the original but benefits hugely from Rick Baker’s special effects which bring the creatures to life with vulgar vigour.

These are a couple of inferior yet enjoyable sequels – one with a story but no ideas; the other with nothing but ideas. Gremlins 2: The New Batch revels in its own chaos, like Evil Dead 2 set in a tower block; Joe Dante’s (Towering) Inferno. And any film that has Q: The Winged Serpent as a reference point deserves props. Sadly they’re all smashed to pieces.