Carrie meets Malcolm in the Middle in this 1996 Roald Dahl adaptation. 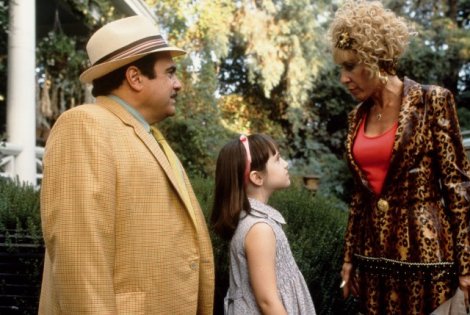 Danny DeVito directs this tale of a telekinetic Lisa Simpson (Mara Wilson) with the same heightened physicality displayed in The War of the Roses, moving the action from Buckinghamshire to California (apparently Americans can buy jars of premixed PB&J!), making the domestic scenes feel brilliantly like a sitcom directed by John Waters. 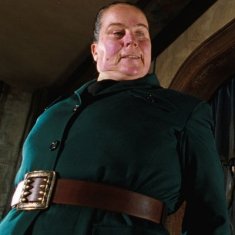 DeVito (who hilariously plays Matilda’s crooked father and, somewhat confusingly, narrates the movie out of character) understands the source material, filling the kids film with Dahl’s pro-book, anti-TV agenda and grotesque adult characters: Pam Ferris puts the SS in Miss Trunchbull, the disciplinarian headteacher of a severely understaffed school (I blame the council) who openly hates children. “I’m glad I never was one!”

The opposite is true of Miss Honey (Embeth Davidtz) who makes no secret of her desire to take Matilda as her own, possibly as a result of Davidtz’s poor performance. This renders the scenes between Matilda and Miss Honey the movie’s weakest elements, unlikely to be remembered after the feeble final montage has rolled.

It’s the Trunchbull torture sequences that find the film at its funny, spirited best, particularly the cake and pigtails moments whose special effects hold up nicely. All of which makes Matilda a Roald Dahl adaptation to rival Primus and the Chocolate Factory, and an advert for child neglect par excellence.