Made to mark Ingmar Bergman‘s 100th birthday, this documentary looks at the life of the great director through the prism of 1957. 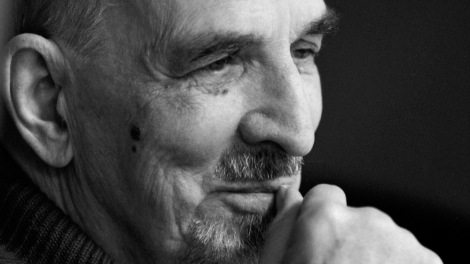 This was the ludicrously productive year in which he directed two feature films, two documentaries, four stage plays, two radio plays and a TV movie, as well as being hospitalised with stomach ulcers, while married to his third wife, with six children and sleeping with his next two wives on the side, and subsisting on a diet of digestive biscuits and Swedish yogurt.

But 1957 wasn’t just a productive year for Bergman, it was a pivotal one. It was the year he went from relative obscurity to superstar status, beginning in February with the release of The Seventh Seal, the first film over which he had full creative control. As obsessive and neurotic as Lars von Trier (who appears briefly as an interviewee), it was the year he began confronting his issues by putting them under a microscope in his films.

He is, in many ways, a mysterious figure, with his rare interviews clouded with either mis-remembering or deliberate misdirection. As a result the documentary seeks answers in some of his most iconic works and identifies the characters which represent Bergman: the grouchy old man of Wild Strawberries, the abused child (or possibly the passive witness) of Fanny and Alexander, and the knight of The Seventh Seal confronting Bergman’s deep fear of death.

The interviews are wide ranging, from those he worked with, those he inspired (as far afield as Chinese director Zhang Yimou) and his close friends and family. It even includes a never-before-aired interview with his brother, with whom he had a very difficult relationship.

It looks at the acclaim he drew and the generations of film makers he inspired. But it also doesn’t mask his darker side: his youthful obsession with Hitler, his wild temper, his unfaithfulness to those around him and his later domination of Swedish media and art. Like von Trier he was also willing to go to extreme lengths to get the best out of his actors, and the documentary asks us how much we should be prepared to tolerate in exchange for unique genius.

The result is a rich and textured look at a cinematic icon which provides genuine insight into his character and acts as a must-view list of his most acclaimed films.

One response to “Bergman: A Year in a Life”