With Godzilla: King of the Monsters out next month, we look at when the radioactive reptile first emerged from the ocean depths. 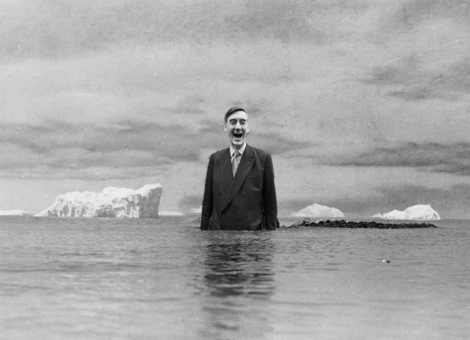 From the ripped-from-the-headlines opening scene, the original Godzilla establishes its thoughtful tone that differentiates it from the American versions, as well as Hollywood monster attack movies in general. Not only does writer/director Ishirō Honda avoid the racist and sexist pitfalls of King Kong, he goes out of his way to mock it: “We used to sacrifice girls!”

Where Roland Emmerich and Gareth Edwards saw a monster, Honda found opportunity to dissect Japan’s recent atomic bombings and nuclear testing. Characters debate whether to kill or study Godzilla, and if announcing the truth about the attack risks destabilising the nation further. By way of contrast, the 1998 version has things like this:

But Honda doesn’t skimp on the action, employing war and newsreel imagery to invoke the horror of Japan’s recent past to suggest an unthinkable future. Even though the sight of a big rubber Godzilla costume destroying a perfectly good train set looks a little wonky, the powerful destruction sequences reverberate with the horror of history and contemporary disaster footage.

It’s this sense of ongoing devastation that haunts the film, even feeling prophetic for the wars on terror and plastic. This is a mournful meditation on the loss of life in all its forms that concludes with a warning, almost direct-to-camera like the end of Pom Poko, to stop experimenting with dangerous weapons lest we unleash such an unknowable terror as Godzilla (1998).