Glenn Close goes hopping mad in the thriller that spawned countless copycats and the expression “bunny boiler,” while the word “myxomapsychosis” sadly never caught on. 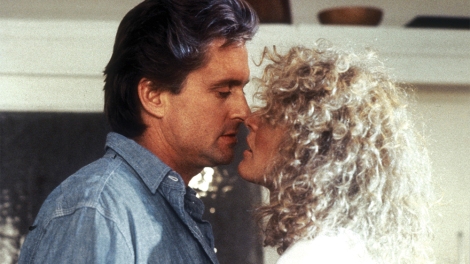 Fatal Attraction isn’t the first stalker movie (look at the filmography of Brian De Palma and the real life of Alfred Hitchcock) but it is the archetype, essentially the Halloween of its genre, stripping down the story (and Michael Douglas) to its bare bones: boy meets girl, girl goes bunny rabid.

The suspense is myxomised by Adrian Lyne’s taut directing, exciting editing and a sparing use of music, married to a hysterical depiction of mental illness and adultery that tapped into the conservative family values of Reaganite America, becoming the highest-grossing film of 1987.

Close’s slide from sympathetic to psychotic is deliciously played, coupled with a typically strong sleazy turn from Douglas. There’s also a nice contrast between the design of her cold, empty apartment and his busy home filled with people and animals, setting the stage for a hare-raising final reel.

The original ending was swapped for a slasher movie climax, which in turn changes the picture’s Madame Butterfly reference from a furshadowing device to a red herring. What it loses in irony it makes up for in thrills, and arguably the best bathroom sequence since Psycho.

Misogynistic, moralistic and mad amounts of fun, Fatal Attraction dwarfs rabbit and raincoat imitators (rain is an occupational hazard of stalking) and like Close’s character, demands to be seen.