Named after the first song he wrote for the Grateful Dead, The Other One is a 2015 documentary about the rhythm guitarist and singer who has arguably played more gigs “than any human that ever lived” (but could still never remember the lyrics to Truckin’). 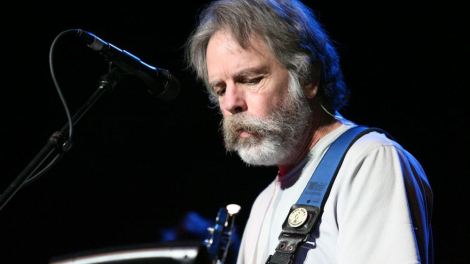 The story of the Grateful Dead is usually the story of the late, great Jerry Garcia, who was (understandably) the focal point of 2017’s 4-hour Long Strange Trip doc. It’s refreshing then to see the spotlight shifted onto Bob Weir (hence The Other One) in this more focused, much shorter film celebrating the baby of the group (the good-looking one), a spry 67-year-old at the time of filming.

The whisker-faced Weir talks with warmth and humility about leaving one adoptive family for another (Garcia became an older brother figure to the young Bobby), playing McCoy Tyner to Jerry’s John Coltrane, and taking LSD every Saturday without fail – as in the Jefferson Airplane song Saturday Afternoon, “acid, incense and balloons.”

No mention is made of his being unsuccessfully fired along with Pigpen in the band’s early days (“It didn’t take,” said Garcia) but the movie’s positivity is infectious, and it’s a joy to walk with Weir down memory lane – he revisits his old Haight-Ashbury haunts including the legendary house where the Dead all lived, while bandmates recall enjoying the benefits of Bob’s surplus groupies.

Still performing and pursuing a healthy lifestyle, Weir’s combination of ’60s mysticism and down-to-earthiness (in his book band manager Rock Scully calls him “an LSD space case on his way to being a macrobiotic space case”) epitomises the musical hybridity and spirit of the Dead – even if he’s never had an ice cream named after him. Let’s start a petition: Wierpolitan flavour.