This intimate drama follows three generations of the Yokoyama family who get together to remember the life of oldest son Junpei who died several years earlier. 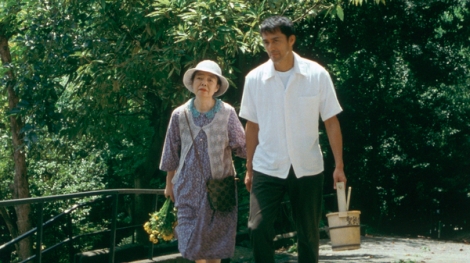 Through this set-up it looks at the expectations of the older generation, compared to the attitudes of the younger in a rapidly changing world. Father Kyohei (Yoshio Harada) spent his career as a doctor and has similar expectations for his own son Ryota (Hiroshe Abe), yet is disappointed in how things have turned out. Meanwhile, caring mother Toshiko (Kirin Kiki) has never worked outside her own house yet has accumulated more wisdom about life than the rest of the family put together. 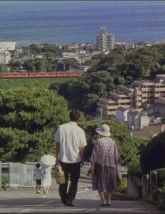 From Hirokazu Kore-eda, director of Shoplifters, there is an impressive amount of gorgeous but simple cinematography in such a confined film. Taking place in the house, or in the vicinity when the family visit the older son’s grave, it could have been a play but was written directly for film.

While remarkably subdued, the film captures many subtle, natural details which make the family feel real and relatable, even if the traditional Japanese house and customs feel unfamiliar. Ultimately it’s a film about appreciating what you have before it’s gone, and not trying to make others meet your expectations, and is as interesting as it is emotionally resonant.

One response to “Still Walking”