From the director of Hannibal Rising comes another movie about going back to one’s roots, in this case a reggae supergroup (including Ken Boothe, Kiddus I, Judy Mowatt, Winston McAnuff and Cedric Myton) recording an acoustic album in Jamaica. 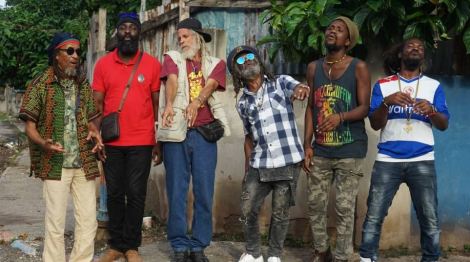 Peter Webber’s documentary follows the artists through recording sessions and a concert in Paris, as they recount their careers and give a potted history of the genre and its social value. For greater depth see Kevin Macdonald’s 2.5-hour Marley doc; this is a slighter affair, a smooth blend of cultural history, personal stories and a snapshot of Jamaican life, all rolled up and sprinkled with potent performances from these elder statesmen (and woman) of reggae.

Some have been exploited by their record companies, others have lost family members to street violence, but all carry a certain jadedness for the music industry that hasn’t dampened their spirits nor their love for performing – hence this unplugged project recorded in the yard, a return to the genre’s core values of love, community and resilience; an oral black history given voice by the musicians, who contextualise the music as slave and protest songs.

Inna de Yard not only captures the last reggae artists of a generation at their most reflective, they are also joined by younger musicians, giving the film a sense of intergenerational collaboration not unlike 2006’s Brasilintime documentary. Their deep attachment to the music and to each other shines through in a warm, touching depiction of reggae’s power to heal. It helped us through the ’80s, and it might just help us unplug from the rat race today.