Separating the art from the artist sounds great in theory but there’s something about Woody Allen that makes it difficult in practice, though I can’t quite put my finger on it. 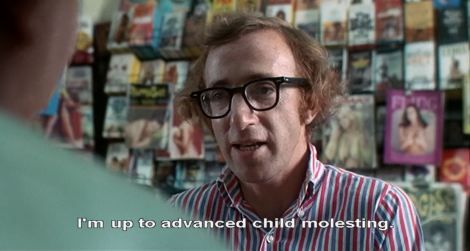 One of two films to feature both Woody Allen and Sylvester Stallone (Antz being the other), Bananas is a 1971 comedy in which a college dropout (Allen) becomes embroiled in a Latin American coup to impress a girl (Louise Lasser, Allen’s ex-wife). A Duck Soupish combination of slapstick and satire, the bananas plot is grounded by its basis in real-world affairs and prefigures further US intervention in the region. 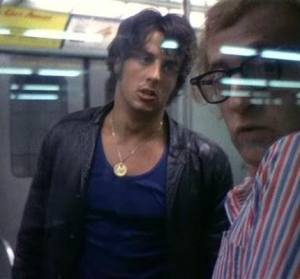 The scattergun slapstick doesn’t hold up as well as the absurdist satire (including a sports programme covering an assassination and a power-mad Latin American dictator declaring Swedish the national language), peeling back the strangeness of politics with rapid-fire gags and the smart decision to not have Stallone speak.

This early Allen movie may not be one of his best but the political commentary still feels ripe, possibly because it now resembles a Mark Thatcher biopic.