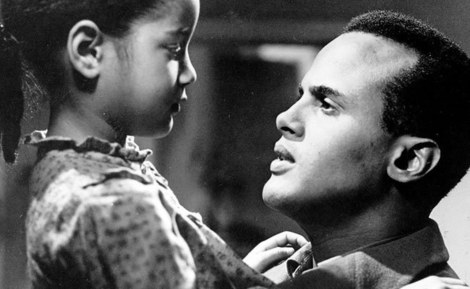 If you’re wondering what this heist movie is doing in a jazz series, look no further than the classic orchestral score by the Modern Jazz Quartet’s John Lewis, featuring MJQ, Bill Evans and Jim Hall. The music’s moody atmosphere and political resonance shed beauty on the film’s downbeat social critique, matched note for note by Wise’s black-and-white, overcast street photography and a highly sympathetic performance from Belafonte as a vibraphone player and gambling addict whose debt is growing faster than his daughter.

The film was produced by Belafonte’s short-lived HarBel Productions, designed to make socially conscious pictures outside of the major studios’ commercial restrictions. Lacking the balance of Dog Day Afternoon, Odds Against Tomorrow plays better as a statement on racism than a gripping heist movie, its grounded characters (all brilliantly acted) performing a particularly bleak version of Across 110th Street. Adapting William P. McGivern’s novel, blacklisted writer Abraham Polonsky’s pessimism reflects American racial tensions like a puddle on a New York side street.

Ahead of its time and deeply atmospheric, this is an all too relevant warning about racism stacking the odds against tomorrow.