The story of an undercover cop (Leonardo DiCaprio) and a mob insider (Matt Damon), The Departed is the best film about a rat and a mole since The Wind in the Willows. 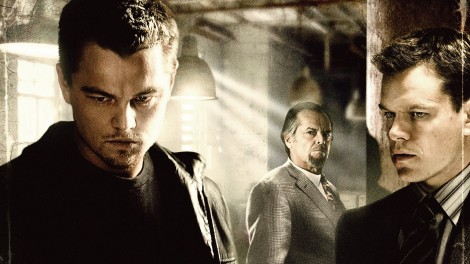 Martin Scorsese’s 2006 crime flick opens with a deranged Jack Nicholson (is there any other kind?) and Gimme Shelter by the Rolling Stones, and we’re immediately back in classic Scorsese territory. He masterfully guides us through gripping twists, coarse language and Boston accents. Or in Ray Winstone’s case, cockney. Despite his best efforts.

But the three leads are pretty flawless, most notably DiCaprio, whose twitchy undercover vulnerability is reminiscent of Tim Roth in Reservoir Dogs. Martin Sheen, Alec Baldwin and Mark Wahlberg (with a dodgy haircut) nicely round off the cast, while Vera Farmiga is strong as the movie’s woman.

The same scenes tend to recur in many gangster films, and there are moments here straight out of Reservoir Dogs, Goodfellas and Donnie Brasco. In the process, Scorsese reminds us why he’s the best at what he does, delivering a captivating plot, developed characters and real depth.

Brilliantly acted, written and directed, The Departed won Scorsese his long overdue Oscar – not because this is his finest directorial effort; more likely a case of the Academy seizing an opportunity to finally recognise a great director. But as they say in Boston, it’s a wicked good mob movie.

3 responses to “The Departed”