On an alien planet, a young Gelfling, Jen, is sent on a quest to repair a giant crystal, thus saving the planet from the evil Skeksis, in this 1982 adventure from Muppet supremo Jim Henson. Think of it as Indiana Jen and the Planet of the Crystal Skull with puppets.

Unlike most other Henson productions, this is an entirely puppet affair, which is a shame because it could certainly benefit from the addition of David Bowie and his unforgiving trousers. It’s not clear who this film is aimed at, with the puppets and simplistic plot suggesting a younger audience that will be put off (or horribly disturbed) by the grotesque creatures on display, which are more Manson than Henson.

Jen, our main character, is entirely lacking in characterisation, with the facial movement of a latter-day Joan Rivers and the personality you’d expect if he didn’t have Jim Henson’s hand up him. But it’s also a failure of voice actor Stephen Garlick, who delivers an inexplicably bland performance which fails to add entertainment value to the already overly serious script. 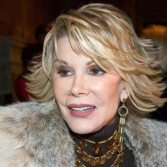 But the film’s biggest strength is crystal clear: the creature design. Its real stars are the gruesome bird creatures, horrifying giant beetles and numerous bizarre animals which emerge from trees and rocks throughout. It continually finds ingenious ways of surprising us through its innovative visuals, and the attention that has gone into the aesthetic shows throughout. Unfortunately, this creativity isn’t applied elsewhere, and the film ultimately fails in its quest.