When an alien space ship crash lands on earth, one of the few witnesses is ace sniper Quinn Mckenna (Boyd Holbrook). But when the military establishment try to keep Quinn, and the landing, quiet, he breaks out of prison with a band of court-marshalled soldiers to save humanity from the predator that emerged from within. 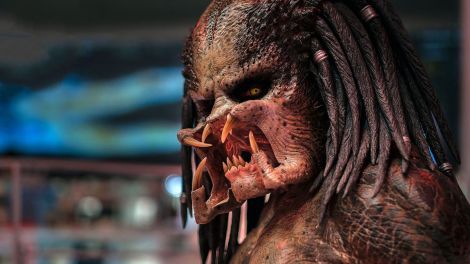 The Predator is the fourth film in the franchise, after Predator, Predator 2 and Predators. Confused? That’s before we even get into Alien vs Predator 1 and 2. But for the sake of ease I will refer to them as Predator 1 to 4, and pretend the AvP films don’t exist. So if I mention The Predator you know I’m talking about the Ice Cube album.

This latest adventure has a lot going for it, and it seems like director Shane Black and team tried really, really hard. It takes the effort to establish discernible characters, makes an admirable attempt to expand the mythology and scope of the story, and stays true to the franchise’s blood and guts origins. Certainly a lot more thought has gone into it than many franchise reboots, and it is, by most measures, a pretty solid film. So why was I bored? 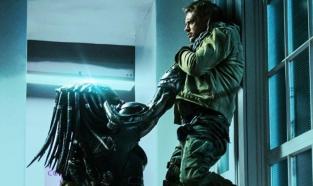 Well one reason is there’s only so many times you can watch a film about the same aliens attacking people (take note, Ridley Scott). But its problems run deeper than its very existence. The first three films had a simple premise which made clear what the characters were trying to accomplish. In 4 they go from A to B to C without a clear narrative thrust, making it hard to care about where  it’s headed.

The rag-tag band of military misfits make sense, and their banter attempts to capture the mood of the original. But 1 opens with an established group of friends trading good-natured insults, allowing the mood to slide gradually towards sheer terror as they’re picked off one by one.

In 4 we’re introduced to the group 20 minutes in, so their camaraderie is mixed up with the action, resulting in a flat tone throughout. In addition the action scenes, with notable exceptions, are mostly uninteresting, as the gang frantically fire futile automatic weapons at the monster.

What is clear is how the Predator films have unintentionally charted the decline of the action movie star: Arnold Schwarzenegger, Danny Glover, Adrien Brody, some guy they found. But while Holbrook may not be a household name, he does a solid job as part of a decent ensemble cast.

They tried really hard with this one, but by the time it got to a final scene almost as bad as Fant4stic I had already decided this will be my last Predator film. That is, unless Arnie is back. But what are the chances of that? 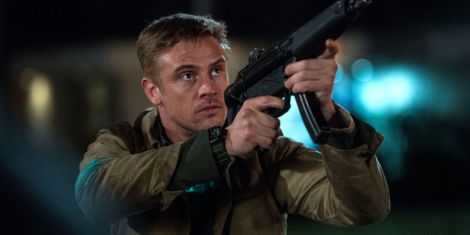 7 responses to “The Predator”