Heavyweight champ Adonis Creed (Michael B Jordan) steps back into the ring to take on Viktor Drago (Florian Munteanu), son of Ivan (Dolph Lundgren) – the former Soviet champ who killed his father. 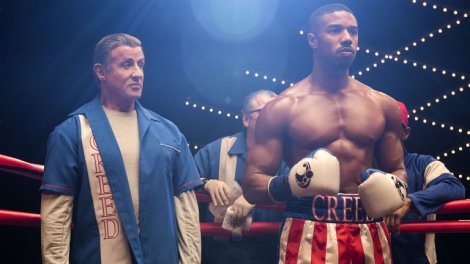 While this film is called Creed II it could just as easily be called Rocky IV II, as it follows up and extensively references its events. The only thing lacking is that film’s political element (remember when Rocky ended the Cold War?), which will disappoint those hoping to see Adonis Creed exact some ring-based vengeance for all that election meddling.

But following in Creed‘s footsteps it aims to modernise the franchise with more detailed plotting set over a longer time span, bringing in elements from Rocky II and III as well. True to its roots it combines bone-crunching fights with major life milestones, as Adonis gets engaged to and then impregnates Bianca (Tessa Thompson), his likeable love interest from the first film.

By doing this the stakes become higher than ever, but with Bianca, Rocky, and the widowed Mrs Creed (Phylicia Rashad) telling Adonis not to fight, his determination to do so makes him less likeable as a character. And here is the central contradiction of the Rocky franchise: the reasons not to fight have to be ever greater, but the film requires a fight at the end, so characters are never able to learn anything or change their behaviour.

Creed is drawn back into the ring by the fearsome Dragos, who lost everything when Rocky defeated Ivan on their home turf. Cast out of Russia and forced to work their way up from the streets, they have more claim to underdog status than Creed himself. As a result it’s not the simplistic hero/villain relationship of Rocky’s campier 80s instalments.

The Dragos are fleshed out excellently, turning Ivan from a machine-like Soviet monster to a believable father with many tough years behind him. This is thanks in no small part to Lungren turning in a surprisingly good performance. In fact the film has arguably the best acting in the Rocky franchise so far, with Michael B Jordan showing why he’s the most compelling new leading man in Hollywood right now, and Stallone turning in another sensitive performance as the wise old sage.

Creed II is another enjoyable addition to the franchise. Everyone likes Rocky and it’s always enjoyable going back to his world (even, dare I say, in Rocky V). Yes, the film lacks the freshness of its predecessor, as well as the energetic punchiness of Ryan Coogler’s direction. But it will entertain fans by maintaining a quality which can stand toe-to-toe against the franchise’s best instalments.

Having said that, I hope there are no more. There are surely no more ways in which the same five or so plot points can be combined into a compelling narrative, with nowhere obvious left to go. A sequel may be inevitable, but I dearly hope Rocky can finally live every boxing champ’s dream and go out on a high. 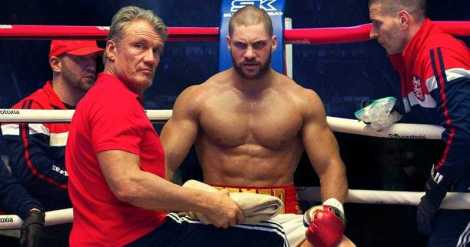 One response to “Creed II”