A Texas cop (Casey Affleck) is on the trail of an elderly bank robber (Robert Redford) in David Lowery’s (A Ghost Story) new film, AKA Geriatch Me If You Can.

Affleck swaps the sheet for a moustache in this senior-caper based on a real case. Redford is wonderful as the septuagene’er-do-well, actually playing 8 years younger than himself because that’s how good he looks. The great Sissy Spacek plays his love interest and the pair’s chemistry is as lovely as their hair. 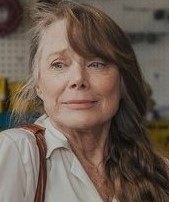 Redford sees this as his retirement picture; “I’m saving the best for last,” he twinkles. It isn’t, but like the character the film gets away with it on pure charm. Lowery delivers an ode to the classics Redford made with director George Roy Hill (Butch Cassidy and the Sundance Kid, The Sting) and similarly challenges the notion of “the bad guy.” He even uses clips from old Redford movies in flashbacks, and employs a jazzy score and grainy filter for maximum old-school vibes.

We also get to see Elisabeth Moss, Tom Waits and Danny Glover, who was famously too old for this shit back in the ’80s. And although the movie should end slightly sooner than it does, Redford’s swansong is gentle and relaxing like a cool breeze on a warm day; a glowing sunset for the Sundance Kid.