Nick Broomfield’s new documentary charts the storied relationship of Jewish Buddhist Canadian (or American if you’re Louise Mensch) singer/songwriter/monk Leonard Cohen and Marianne Ihlen, his most significant lover – and if you know anything about Leonard Cohen, that’s saying a lot. 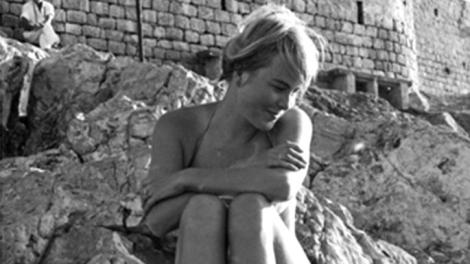 Leonard and Marianne’s story begins like Mamma Mia! Here We Go Again, with a couple of young runaways falling in love on a Greek island – except this was a kind of refuge for free spirits and not an ABBA-themed karaoke holiday with free spirits (judging by the performances). The island of Hydra and the Norwegian Ihlen cast a spell on the young poet and she became his muse, inspiring songs like So Long, Marianne and Bird on the Wire.

After years of living with Ihlen and writing poetry (“I think I was on speed too so I wasn’t eating very much,” he adds, which is funny because I’m sure I’ve heard Jason Patric say something similar), Cohen’s unexpected music career took him to America and the relationship faded as she continued to love him. It’s a moving film, sensitive, sad and honest like the man himself – guaranteed to make you laugh, and cry, and cry, and laugh…

The usual music movie route (sex, drugs, touring, five years at a Buddhist monastery, manager stealing all the money, touring again) is given a deeply personal touch. The idea of a director inserting themselves into their film is a documentary cliché but it makes sense here since Broomfield himself had an affair with Ihlen, and it was she who encouraged him to make his first movie. Which means she was responsible for at least two 50-year careers. That’s a whole century of art. Van Gogh only painted for 10 years. Lazy. 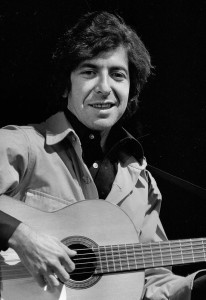 The documentary focuses on the titular relationship but covers Cohen’s entire career, resulting in certain chapters feeling less relevant (there’s a bit about Phil Spector that has nothing to do with anything other than being weird enough to include) and the whole thing feeling naturally lopsided in the singer’s favour. This reflects the imbalance in the free-love era relationships the movie depicts, exploring both the dark and enlightened sides of these lifestyles. Ihlen’s story is a sad one, but neither she nor Broomfield blame anyone. Even Cohen looks past the aforementioned embezzlement.

Instead Broomfield fills the film with fantastic footage of Cohen performing on various drugs (some of which is repeated from the Bird on a Wire documentary), images from his first show (before he walked off in tears) and lively talking heads, recounting stories of Cohen taking LSD 23 nights in a row or inviting the entire Amsterdam crowd back to his hotel.

But it all comes back to Marianne, whom we see in the front row at a 2009 concert singing along to her song. She died a few years later, but not before receiving a note from Cohen (who died a few months after her) saying: “I’m just a little bit behind you, close enough to take your hand.” I mean it’s no Pierce Brosnan singing but you’ll cry all the same.