Released in 1990 but set in 1997 for no discernible reason, Predator 2 follows an LAPD officer (Danny Glover) staking out a turf war between rival drug cartels. And occasionally there’s a Predator. 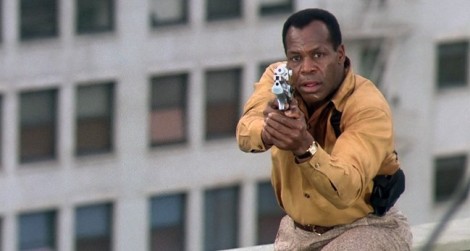 There are plenty of franchises that slap their monster onto a pre-existing script (Cloverfield anyone?) but this appears to have actually been filmed before getting co-opted by the Predator series, at which point they just went through and made a few scenes infrared at random. This leaves us with a strangely generic crime flick made by racists who don’t even know what “predator” means. Why would a creature hunting humans for sport choose to do so in the most densely populated area in the US? Talk about shooting fish in a barrel.

When it comes to horror sequels (and Predator was essentially a Vietnam-inspired slasher movie) you’re better off reworking the original film; think Friday the 13th Part 2 or Evil Dead II. Stephen Hopkins (from the Elm Street Stable of directors available for sequels to John McTiernan movies) makes the film look as cheap and horrid as it feels, with a gratuitously nasty streak that renders it more offensive than last year’s The Predator – and that had an actual predator in it.

Both films bring the Predator into a city and employ schlocky attempts at humour (the Predators actually say foul-mouthed kissoff lines here), but this one poaches the Worst Predator Movie trophy for seeding both Alien vs. Predator and the career of Michael Bay.