After several failed suicide attempts, lifeguard William (Aneurin Barnard) hires a hit-man on the brink of retirement (Tom Wilkinson) to finish the job. 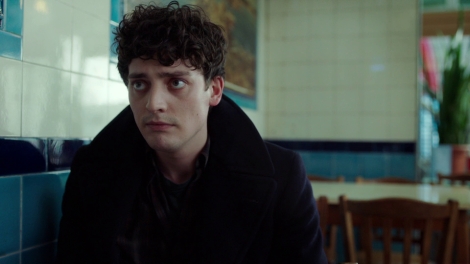 While the premise may read like a rejected episode of 15 Storeys High, it didn’t occur to me how tasteless this film would be until I started watching it. You can, of course, have a comedy film based around dark and violent subject matter. Think Sightseers, Four Lions, Some Guy Who Kills People, The Day Shall Come or In Bruges. But you need to handle with care, which this film does not. 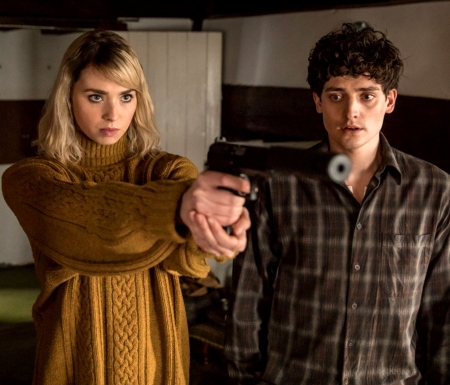 Assassin Leslie serves as a secondary hero even though he’s required to carry out the assassination to meet his quota in a Glengarry Glen Ross style assassins guild, without so much as a loom to guide him. The script is written like a farce comedy (the funniest line in the film is “my parents were killed by a hippo”) but it’s shot like a serious drama, with subdued performances, a blue, washed-out hue, and excruciatingly realistic failed suicide attempts with a genuinely depressed-looking man in the lead role which give it the comedic value of a Radiohead album.

It’s redeemed slightly in the final act by the inevitable realisation that life can be worth living if you suddenly get a girlfriend and a book deal (spoiler alert). But it’s not enough to stop this suicide comedy from driving off a cliff faster than a lemming on a segway and showing that the only thing it can top is itself.

One response to “Dead in a Week…Or Your Money Back”