In the original chick flick, the residents of an egg farm dream of escape from the tyrannical yoke of Mrs Tweedy (Miranda Richardson) and her scramble-brained husband. After hatching many failed plans, a new hope appears when low-laying lone free ranger Rocky the Flying Rooster (Mel Gibson) lands in their yard. Can he teach them how to fly out before they’re turned into chicken pies? 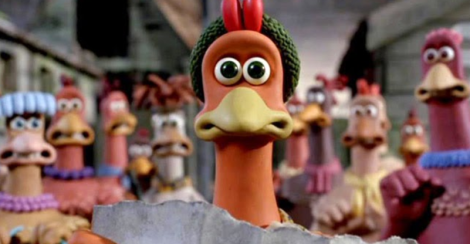 While oeufstensibly a simple tale of some chickens escaping from a farm, like Aardman’s best work it has more levels than Scientology, whether that’s as a gender-swapped prisoner of war film or as a tale of a group of women taking back control of their reproductive rights. It balances many elements and never takes its Ei off the ball. 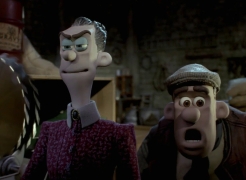 The chickens don’t really look anything like chickens, but the animation helps to deliver a huge yield of comedy with the slapstick of the chickens’ escape attempts inducing more than a cluckle. Part Roald Dahl-esque anthropomorphic fantasy, part war parody, part feminist parable, this is the perfect film for you whether you’ve had your chick-fil-a or if Feathers McGraw left you wanting more. As a result Aardman’s debut feature film finishes high up in the pecking order.