The juxtaposition of cute children and grown-up subject matter has been a staple of comedies ranging from South Park to Little Monsters, but American comedian John Mulaney gives it a fresh spin in this new Netflix special. 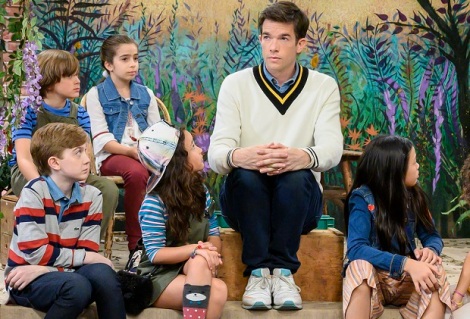 While Apple TV+ is sending Snoopy into space, the true spirit of Peanuts lives on in this spoof of shows like Barney & Friends and Sesame Street that sees the Chicago-born stand-up (in a Mister Rogersy cricket jumper) joined by 15 talented child actors for a series of songs, skits and kids talk. The Sack Lunch Bunch impress with their singing, dancing and natural performances, in a variety of well-produced pieces which nail the tone of the children’s TV that inspired them. Like much of Mulaney’s stand-up it’s based around the way adults treat children, along with ample discussion of fears, death and algebra.

As in any variety show some segments are funnier than others but all are unexpected, with highlights including a book report for a story entitled Sascha’s Dad Does Drag (And The Act Needs Work), a focus group for a movie named Bamboo 2: Bamboozled (a Sony Pictures Animation) and a song called Do Flowers Exist at Night? Whether or not this knowing satire will work for kids is debatable (it’s rated PG on Netflix), but one would hope discerning children could appreciate the oddness and occasional darkness missing from much of the content aimed their way (see earlier comment re Snoopy in Space).

Guest stars including Jake Gyllenhaal, Natasha Lyonne and David Byrne also join the eccentric, existential fun. If you liked Sesame (and who didn’t?), this might be up your street.