The film opens with a woman screaming after someone pinched her family jewels. A cat burglar is on the loose in France, with the claw of blame pointed squarely at John Robie (Cary Grant) a master thief who’s been on the straight and narrow since serving his time.

To clear his name he must catch the copycat, so seeks out likely victims in the form of Jessie Stevens and daughter Frances (Jessie Royce Landis and Grace Kelly), who flaunt their extensive expensive jewellery collection.

Made in 1955, this is Hitchcock with a big budget to play with, and he maxes out on elaborate sets, outdoor shooting and aerial photography of French mountains (for real this time). He’s also at his technical peak, with surprisingly plausible blue screen work and a romantic scene set against a firework display.

While the themes overlap with many other Hitchcock works, the gorgeous cinematography of the sunny French Riviera and leisurely pacing make it feel more like a pleasant vacation than an edge-of-your-seat crime thriller. Cary Grant’s infinite charms add to this feel, even while he slaps a grieving woman at a funeral and dresses up as Justin Trudeau.

While it may not deliver the suspense, it provides double helpings of old Hollywood romance, with Frances proving to be Robie’s intellectual equal and aesthetic superior. The result is as easy-on-the-eye as a stroll along the coast, about the biggest cat criminal since that cat in bin lady. 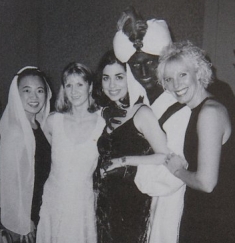 One response to “To Catch A Thief”