A Canadian, an Irishman and a statesman walk onto a plane in Wes Craven’s 2005 thriller. 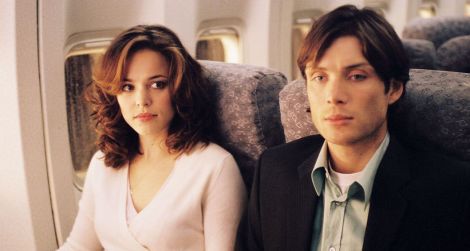 The story that sees a hotel manager (Rachel McAdams) caught up in a terrorist plot is far from airtight, but since Craven has reinvented the horror genre at least three times by this point we can give the guy a break. This 12-rated Hitchcockian two-hander is something of a departure for the director but it’s no vacation, keeping the cabin pressure sealed for 85 turbulent minutes.

At the film’s core are two great performances from McAdams and Cillian Murphy (emphasis on the “kill”), locked in a battle of steely blue eyes. Like Elm Street‘s Nancy before her, McAdams is up for the fight armed only with a pencil and a Nokia. Craven’s pencil-sharp execution is energetic and entertaining, while Marco Beltrami’s score keeps the pulse as high as the action.

As swift, economical and compressed as a budget flight, Red Eye is just plane fun.