This film from Caravaggio director Derek Jarman is an entirely blue screen over which the director talks about his experiences living with AIDs, shortly before his death the following year.

This is possibly the most personal film ever made by a director as Jarman speaks about his own experiences in his own voice. But it’s not a monologue or over-hyped diary entry. The film features flights of fantasy, elaborate metaphors and musical interludes. 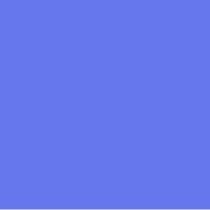 What he says is always poignant, but often wry, observant and witty too. Vulgar slang terms are sung by a female trio to challenge language and stereotypes – offensive terms become delicate and beautiful. Jarman has a pleasant voice, warm and welcoming, and undimmed by his fading health. In addition to Jarman it features vocal contributions from Tilda Swinton and Nigel Terry.

It may be stating the obvious that it’s also a film about the colour blue. The choice is no accident: more dispassionate than red, it reflects the matter-of-fact approach of Jarman, avoiding melodrama or self pity. The film addresses the many things blue represents: cold, the ocean, the sky. But the main reason blue is chosen is because it’s all Jarman is able to see after his retina detached as a side effect of his medication. As a result, throughout the film we are literally seeing the world as he sees it.

It’s a peculiar experience watching a film where you know exactly what you’re going to be looking at for the next 80 minutes. But it somehow manages to hold your focus while competing against the fire exit sign for your visual attention. The result is moving and compelling, but somehow manages to avoid making you feel blue.