Not to be confused with Middleton’s Changeling (1998) or Changeling (2008), The Changeling (1980) is a chiller about a man named John (George C. Scott) haunted by the death of his daughter, like Don’t Look Now except Canadian: Don’t Canuck Now. 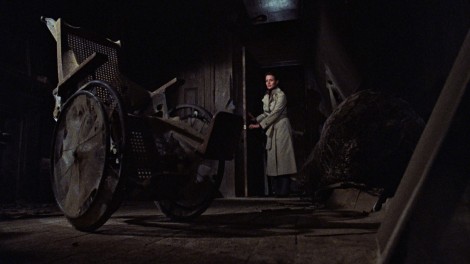 Upon relocating to Seattle, John quickly finds that renting a house from the local Historical Preservation Society is about as good an idea as it sounds – cue running taps, slamming doors and automatic writing, and I do mean the script. These clichés were already done to death in The Amityville Horror, so when a ball bounces down the stairs and John throws it in the river, the only surprise is that the film doesn’t wait a few scenes before it inevitably bounces back down the stairs; it all happens in one sequence. He might as well have stood at the bottom of the stairs with a cricket bat for the entire movie.

But the seances soon subside and the film develops a more grounded conspiracy, which makes the horror elements that much creepier, dragging you under as if slowly submerged in water. Like Stir of Echoes the focus is on the mystery over the haunting, and just as that movie was overshadowed by The Sixth Sense, The Changeling was released the same year as The Shining and can’t help but pale in comparison. Nevertheless, the performances, production design and wordless 5-minute climax make The Changeling the second-scariest Canadian thing you can bring to a Halloween party after Justin Trudeau.