Mel Gibson goes mad in this cinematic version of perhaps the most quoted and adapted of Shakespeare’s tragedies. 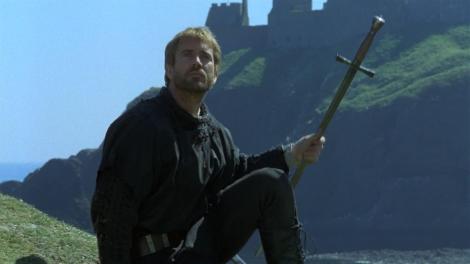 Where films like The Banquet and The Bad Sleep Well took Hamlet into uncharted territories (ancient China and modern Japan respectively), Franco Zeffirelli’s movie is a straight adaptation, its casting of Gibson designed more to attract young audiences than to inspire any drastic departures from the source material.

An odd choice on paper to play the prince, Gibson pulls off Hamlet’s innate anger and broody monologues, with strong support from Glenn Close, Ian Holm and a very young Helena Bonham Carter. There’s also an atypical score by Ennio Morricone and some impressive cinematography from David Watkin (Moonstruck).

Zeffirelli’s direction is elegant if conventional, adding little to the play except a striking sense of scale. Shot at no fewer than four British castles, the cold, cavernous settings lend heft and authenticity to this almost too faithful retelling, whose dramatic clout is all but guaranteed by the text. In other words, the play’s the thing.