You’ve seen the best, now bite down on the DC-branded plank of wood provided and relive the worst movies of the 2010s. This list excludes plenty of bad films that simply don’t warrant discussion (no one cares about Countdown or Grand Piano) – we’ve taken into account the weight of expectation, budgets and morality to bring you the bottom ten movies of the decade, or the rears of ten years if you prefer.

In a decade marked by social progress, the success of Pitch Perfect is up there with the missing Malaysia Airlines plane as one of the great mysteries of the 2010s. No amount of a cappella singing can tune out the fat-shaming, racism and entitlement that permeates every soulless scene of this competition movie that should have been called Rich? Perfect – and surely auto-tuning your musical numbers defeats the point of an a cappella film in the first place. Insipid, infantile and insulting, Pitch Perfect‘s only contribution to diversity is to make you wish you were deaf. DM 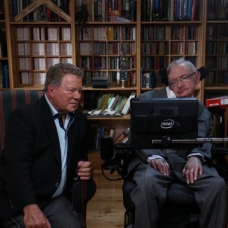 William Shatner interviews Stephen Hawking in this bizarre documentary that appears to have been made by people who hate Shatner and seem intent on making him look as stupid as possible. Not that he needs help; Bill spends the interminable build-up to the interview (which he approaches as a religious zealot preparing to meet his saviour) asking scientists and celebrities what he should ask the professor, constantly embarrassing himself by demonstrating he lacks even the most basic grasp on anything remotely scientific.

He speaks as though believing he actually captained a spaceship in the ’60s, asks Whoopi Goldberg if she thinks aliens make art, and finally makes every mistake around Hawking that you can imagine and more you can’t even fathom. The Truth is in the Stars is also so badly made that one assumes Shatner directed it (he didn’t), padded out to 86 mins with a three-minute sequence where he sits gormlessly in a cathedral and – for some reason – stock footage of fish. If aliens do make art it can’t be worse than this. DM

Speaking of Stephen Hawking, oughtn’t we be able to revoke someone’s Oscar if they embarrass themselves as utterly as Eddie Redmayne manages in Jupiter Ascending? His strangulated performance is the worst of many in this space opera from the team who created and ruined The Matrix. Mila Kunis plays Jupiter Jones, whom Wikipedia calls “an ordinary cleaning woman” with the power to control bees for no apparent purpose and at one point flies in order to justify the title. Channing Tatum is Caine Wise, an alien soldier with more DNA in common with a dog than a human. “I love dogs,” is Jupiter’s reply.

If the Wachowskis’ incompetence wasn’t apparent from Cloud Atlas or the number of times Morpheus answers a question with another question, pour yourself a tall glass of Domestos and witness the Wachowskis descending to the ranks of Star Wars prequel plagiarists. Maybe the bees represent the Matrix filmmakers, stinging once and then dying. DM 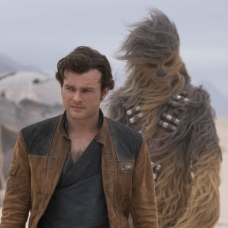 As Disney wore a Marvel infinity gauntlet on one hand, they force choked Star Wars with the other. Keen to cash in on their $4bn purchase of Lucasfilm, they planned a new Star Wars film every year until the end of time. And while they pulled off three decent entries, they were unable to escape the legacy of the original films with a near-total absence of new ideas.

While Rise of Skywalker may be a strong contender for worst of the new batch, Solo marked a turning point. An origins story for a character whose arc began in A New Hope, a re-shot, hacked-up mess with no force powers and an actor who couldn’t fill Harrison Ford’s left shoe, Solo felt like a bad case of the Kessel runs and audiences agreed, resulting in the first Star Wars film to lose money. AC

As desperate attempts to create a cinematic universe go, The Mummy was the decade’s low-point. Not only did it follow relative masterpiece Dracula Untold, originally planned as the franchise launcher before being disavowed due to poor performance, it’s stuffed with heavy-handed exposition, bad acting and morally questionable behaviour.

Rumour has it Cruise passed up the chance to play Iron Man so was desperate for his own cinematic universe to mimic Robert Downey Jr’s success. Unfortunately the Dark Universe needed more than bandages to save it, falling into a coma before they could crank out a sequel. Which was a shame for anyone who wanted to see more of Russell Crowe as Jekyll/Hyde. AC

After Terminator: Salvation there was genuine excitement at Arnie’s return to the franchise now the pesky business of being Governor of California was out of the way. But Genisys made you want to go back in time and kill the Lumiere brothers before they could invent film, and pipped other Arnie turkey Aftermath to a place on this list.

Not content to make an utterly terrible new film, it also went out of its way to trash the 1984 original, painstakingly re-creating scenes only to ruin them with the chemistry-free pairing of Emilia Clarke and Jai Courtney and an elderly robo Arnie now known as ‘Pops’. Things were so bad on set the crew of the neighbouring shoot for Fant4stic reportedly had t-shirts made saying ‘At least we’re not on Terminator‘. Ah, 2015, a vintage year for films. AC

Serious versions of superhero movies are all well and good when they’re just tough guys who dress as bats or spring claws from their knuckles, but a stretchy bloke and a man made of rocks? Not so much. That Fox stepped in to reshoot chunks of this Fantastic Four reboot is both obvious (from Kate Mara’s different wigs) and disastrous, resulting in the world’s messiest foursome.

When you make your Fantastic Four movie “realistic” they need to convince as scientists, and their total dearth of chemistry is remarkable considering it mostly takes place in a lab. More remarkable still is that someone spent $150 million to make a worse Fantastic Four than Roger Corman managed on $1 million. That one was never released; Fox showed no such mercy. DM 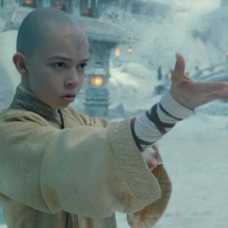 We watched The Last Airbender a couple of years ago for our Top of the Flops series, but you may have missed our review. This is because it didn’t get written, because I couldn’t find the words to describe just how awful this film is. Essentially M Night Shyamalan, best known for small-scale, twist based nonsense, has no clue how to shoot an epic action film.

Like Fant4stic it lacks such basic film making capability that it barely counts as a real film. But unlike Fant4stic this can’t be pinned on studio interference. This is the film M Night Shyamalan actually wanted to make. Characters wave their arms around meaninglessly, spout entire films worth of plot in exposition dialogue and obliviously refer to each other as ‘benders’. Add in a serious case of whitewashing and you get the decade’s second worst film with ‘last’ in the title. AC 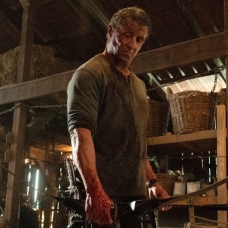 Rambo: Last Blood is a poorly made film in pretty much every sense. But it’s not its deficiencies in pacing, cinematography, action or acting, nor Stallone’s inexplicable lisp, that have earned it the big number two. With its story about Rambo massacring Mexicans, freely crossing the US/Mexico border while armed to the teeth, and gleeful obsession with extreme violence, it’s not just a piece of blood stained garbage, it’s also a repulsive piece of Trumpian propaganda. AC 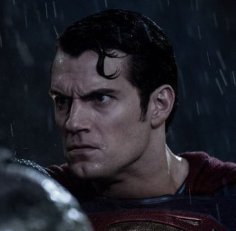 If the MCU was the great success story of the 2010s, the DC equivalent was its most humiliating failure. Completely misunderstanding the appeal of two of the world’s most popular superheroes and giving them to Zack Snyder – a man who had proven himself barely capable at best – Warner Bros. set about obliterating the characters’ legacies in a shared universe built on desperation.

Where Marvel invested joy and affection in heroes most people hadn’t even heard of before, DC had Batman (Ben Affleck) beat Superman (Henry Cavill) over the head with a sink – stopping only when the world’s greatest detective realises that he and Kal-El both have mothers called Martha, in what remains the worst cinematic moment of a decade that included James McAvoy pretending to be a 9-year-old boy. DM

Having referenced Split, dishonourable mentions are also in order for Passengers, Joy, Mother!, Suicide Squad,  Bird Box, Snow White and the Huntsman, Jack and Jill, The Conjuring, Assassin’s Creed, The Predator, London Has Fallen, Gotti, Replicas, Only God Forgives and of course, After Earth.