In Berlin a murderer (Peter Lorre) is on the loose, preying on young girls. As the police repeatedly fail to catch him, angry mob bosses and an angry mob take matters into their own hands. 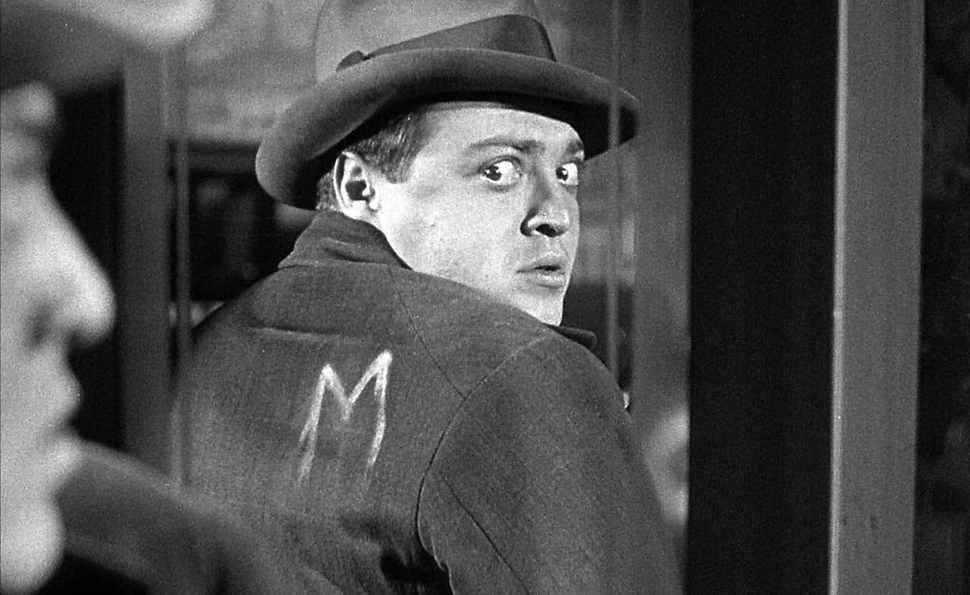 This early talkie from Fritz Lang is, like The Cabinet of Dr Caligari, a murder mystery with a limited mystery element as the killer is revealed early and has little motivation beyond the compulsion to kill.

But as the net closes in on the child killer, the story takes a surprising turn as the descent to mob rule leads us eerily close to the side of the killer. In a kangaroo court that would make Crocodile Dundee blush, he’s condemned by criminals, yet argues he can’t do anything but kill while their crimes are a choice. He’s sick, but so is the society he inhabits. 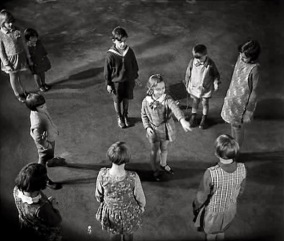 This is helped by a career-defining performance from Peter Lorre who cuts a pathetic figure and manages to make a huge impact with limited dialogue, mostly in one extended scene near the film’s finale. He would later go on to abduct more children onscreen in Hitchcock’s original The Man Who Knew Too Much and play the first ever onscreen Bond villain in Casino Royale. And here he achieves the incredible feat of making us feel sorry for a child killer.

Made in depression-era Germany this is a far cry from the excesses of Weimar cabaret as poverty, crime and suspicion fill the streets. The empty factories and offices provide ample hiding space for the city’s unsavoury characters. The institutional failures and power vacuum that define the story exemplify the civil void that the Nazi party was able to occupy. This historical hindsight adds an additionally dark layer to an already bleak film.

And while the maker of Metropolis may, unsurprisingly, have an expert hand behind the camera, he also makes brilliant use of brand spanking new sound technology through pioneering use of leitmotif as the killer’s whistling turns into a key plot point. It loses its momentum a bit while the killer hides in an office block, but swiftly regains it for the breathtaking final act.

With shades of the noir genre that Lang would help unleash in The Woman in the Window it’s ahead of its time in many ways. As a result it remains a striking and compelling film to this day. 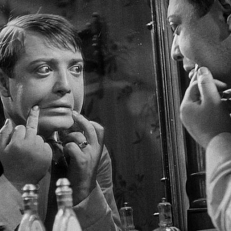